We know that it is common for men to become self-conscious and anxious in the presence of women they find attractive or beautiful.

You will find many such instances in almost every TV series, movie, or novel!

But some people, in the same situation, might face a greater degree of anxiety which borders on a sense of irrational fear and thus becomes a medical concern. This fear is known as venustraphobia.

Does this not remind you of Rajesh Koothrappali from The Big Bang Theory? Though his inability to speak in the presence of any woman stems from a condition known as selective mutism, venustraphobia works in a similar, or sometimes even more exaggerated way. 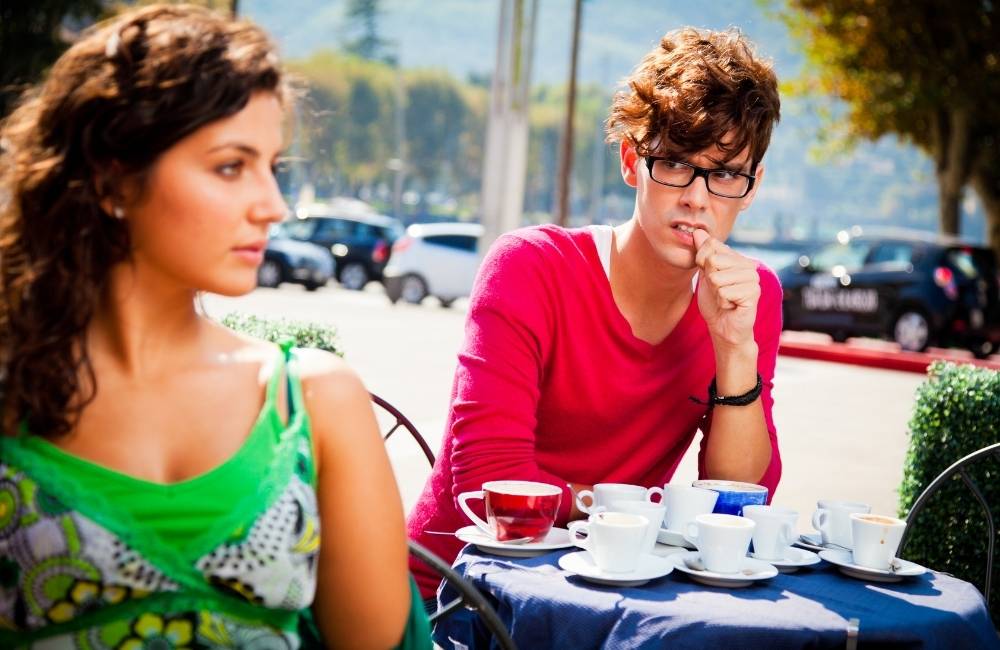 Derived from two Greek words: Venus – the Roman name of the Greek Goddess of beauty and love, and Phobos, meaning fear, venustraphobia literally translates to the fear of beautiful women and not to the fear of being beautiful.

It is also known as caligynephobia and is lesser known from the long list of phobias.

This phobia might reach irrational heights where the mere thought of meeting or speaking to a beautiful woman might result in full-blown panic attacks.

Someone who has this phobia might not even have met or spoken to the woman concerned, but that does not matter.

Venustraphobia is not restricted to heterosexual grown men. Both adults and children might suffer from it. Even homosexual and heterosexual women have had this phobia.

There are quite a few causes of fear of attractive women:

Result of past trauma

Sometimes, one might develop a fear of beauty due to some traumatic childhood experience. It might have been an abusive mother or sister who was negligent and emotionless.

The phobic might also have faced a bad break-up or divorce with a beautiful woman and ended up associating every attractive woman with pain and suffering.

Not every person who went through a terrible break-up will face this, but it depends on their inherent nature.

A person is not always born with any particular phobia. Probably, while growing up, he saw his father suffer from caligynephilia and unconsciously imbibed the trait.

The fear might even come from peer circles. If any of their friends faced this, chances are the person concerned might also start behaving anxiously in front of attractive women.

Generally, men or women with low self-esteem or self-worth are more susceptible to this sort of phobia.

If they suffer from feelings of inferiority or extreme shyness, they might want to avoid associating with women who give an attractive and powerful vibe.

Heterosexual men might fall prey to venustraphobia if they are highly competitive. Their instincts will overpower their rational sense, and any beautiful woman might appear to be a threat to them.

A little amount of stress helps push us forward in our respective fields. But few people suffer from the excessive pressure that leads to other problems.

An excessive amount of stress resulting from social anxiety might lead one to feel overwhelmed in the presence of beautiful women.

When suffering from a phobia, professional help might be your best bet. Only then will you know for sure that you are making progress.

Here are some things you can to do overcome your fear.

Strengthening your self-worth is the best way to overcome venustraphobia. There are several ways in which you can try to improve your self-esteem.

You must to take care of your health, start meditating and journaling. Something as easy as confidence affirmations can help you in this case too. Set small, realistic goals and appreciate yourself for achieving them.

Exposure to the feared stimulus

Have you heard of ‘face what fears you the most?’ The phrase definitely makes some sense.

This method is known as desensitization, and it works by gradually exposing you to various situations that incite your fear. These controlled exposures will help the person realize that their fears are not all true, and thus they will become less sensitive to them.

Most times, the phobic imagines the risk of facing a particular situation to be much more than it actually is. CBT helps in identifying and treating the false beliefs that lead to such phobias and anxiety. It is by far the best option for treating phobias.

Hypnotherapy helps in finding the root causes of the phobia that a particular phobic faces. After identification, these causes are then professionally dealt with to help the person overcome their irrational fear.

Generally, medication is considered the last option if nothing else works or if the person’s phobia reaches a no-return point.

In such cases, the phobic takes the prescribed drug to control their crippling anxiety, which acts as a barrier on their way to progress.

While it’s okay for you to have certain fears but when it interferes with your daily life is when it actually gets severe. Nevertheless, your condition is valid and it’s okay if you have fear of beautiful women because it’s easily treatable with professional help. BetterHelp.com provides phobia therapy by a licensed therapist that understands your needs. Phobias do not go away in a day or two, but with continuous effort, time and dedication, you will overcome your fear.

My passion for writing stems from my introversion, curious nature, and love of fun. Hearing stories about people stirs my imagination. As an entrepreneur and mindset coach, I also enjoy writing about beauty, lifestyle, and fashion.