Instant Pots have become one of the latest and biggest kitchen hits over the last few years. But do they live up to the hype and are there any health benefits to using one in your daily routine?

An Instant Pot is, for all intents and purposes, a pressure cooker. These types of cookers have been around for more than 300 years. Pressure cooking was discovered by a French Physician back in 1679.

Later on, they became commonplace and popular with time-constrained families during the second world war. In World War II, many women ended up working in factories to help with the war effort. With their husbands away fighting, trying to work full time and look after their children were difficult. The pressure cooker gave a way to produce meals faster and in a more energy-efficient manner. 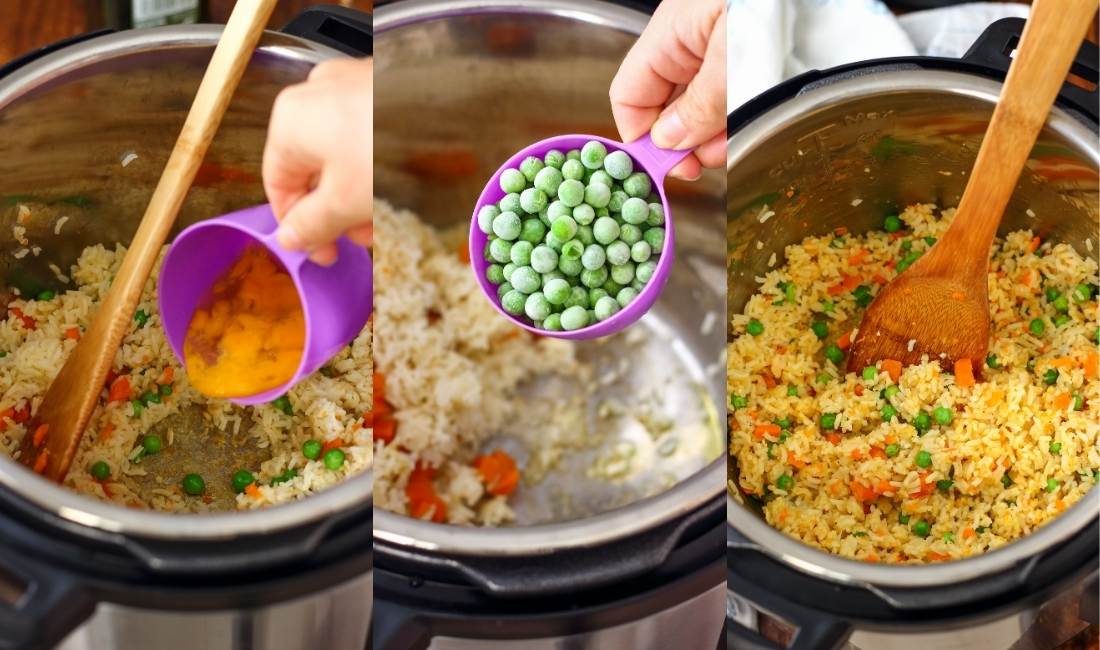 The general benefits of pressure cooking

The two main benefits are time and energy. Pressure cookers will reduce the time taken to make a meal by up to 2 thirds. This equates to the equivalent in power used. The cooker locks in the steam until a certain pressure and temperature is reached and then the cooking process begins. The temperature is of such a level as to cook the food much faster than in conventional ovens or on hobs. Once the cooking has finished, the pressure is released and the food ready.

In the ’30s and over the next few decades, there were problems with some pressure cookers’ safety elements. There were stories of them exploding due to pressure being trapped. These days cookers like the Instant Pot have far more safety features and have to undergo stringent tests before being released on the market.

What are the health benefits of using an Instant Pot?

The health benefits of using an Instant Pot in your kitchen may not all be instantly obvious to you.

Firstly, there is the cooking process.

Instant Pots use heat and steam for cooking. They surprisingly use a lower temperature than other cooking methods such as grilling and roasting; this means fewer nutrients and vitamins are lost during cooking. It is the pressure that makes the food cook quicker, not just the temperature. Due to the retention of moisture, the food that comes out is tender, juicy and delicious and easier to digest than food prepared in a microwave.

Research has found that cooking legumes by boiling or steaming reduce their antioxidant qualities, whereas using a pressure cooker actually increases their benefits. Boiling broccoli will lose over 30% of its vitamin C and steaming 20%, but a pressure cooker will only lose 10%.

An Instant Pot doesn’t just cook food quickly. It can also be used in the same way as a slow cooker. You can leave a healthy low-fat soup slow cooking while you are at work. With the pot’s settings, you can tell it when to start cooking, so the food is ready for you when you get home and reduce the likelihood of grabbing a takeaway or other unhealthy convenience food due to lack of time.

In the same vein, you can tell the cooker to come on at whatever time suits you. As long as you have filled the cooker with your ingredients, you can then set the timer to come on. Your family can all then benefit from a nutritious meal with minimum fuss when they arrive home.

No, the Instant Pot can’t help you exercise. Unfortunately, it can help you with your daily routines by saving time. If you have limited time in the evenings, then have the Instant Pot do all the cooking while you go for a run, cycle, or workout. Instead of standing over saucepans and stirring away, you can use the cooker to do the hard work. This benefits both your fitness and weight loss if this your target.

The Instant Pot or pressure cooker makes food tender and moist and, therefore, easier to break down that form other cooking methods. They can increase the digestibility of hard to break down proteins and tenderize tough, chewy meat.

No frying or deep fats

Because these cookers use steam for cooking, they are unable to undertake any deep frying. This may take away the temptation to fry up sausages and bacon, but you will still have to show some willpower yourself there! They are useful, though, for making many types of soup and vegetarian dishes. You can even do an Instant Pot orange chicken. Just be sure to adjust the recipe to make it as healthy as possible.

Although saving money doesn’t automatically equate to any health benefits, you can consider joining a gym knowing that your utility bills will be reduced by the energy saved by the Instant Pot. Although you won’t save so much to pay for a gym membership, it’s certainly a bonus.

The inside of the pot is made from stainless steel. This is a good cooking surface for a few reasons. One it is non-corrosive and non-toxic. It will not add any chemicals to the food or flake like non-stick surfaces can. It will not react with the food or affect the taste and it is easy to clean.

These are just some of the health benefits you may get when using an Instant Pot. Healthy food cooked to suit your schedule and lifestyle, money savings can be passed on to other areas like buying fresh food or exercising. They are made from safe cooking materials, aid digestibility and have higher nutrient retention than some other cooking methods.

They are not just healthy for the people eating meals prepared in them. They are also good for the planet. More and more people are becoming aware of the environment and the planet. We should all be looking at items that use less energy and fuel like pressure cookers.

My passion for writing stems from my introversion, curious nature, and love of fun. Hearing stories about people stirs my imagination. As an entrepreneur and mindset coach, I also enjoy writing about beauty, lifestyle, and fashion.